Since the original 8-striped Pride flag was debuted in 1978, there have been several variations, the most common being the six-striped flag seen below.

As our LGBTQ+ movement has become more inclusive and aware of itself, various segments have created their own flags to fly alongside the Pride flag. Below are 11 additional flags you may or may not know. 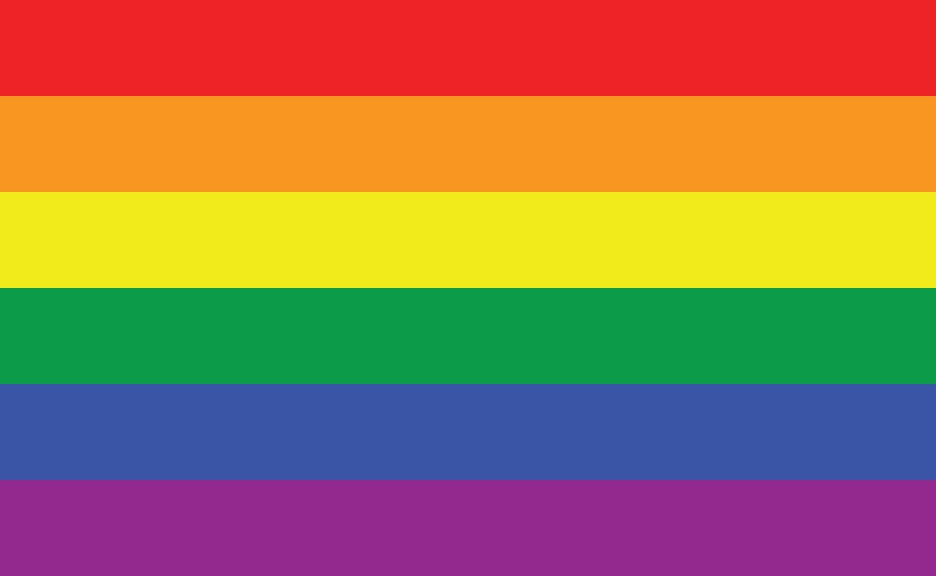 The six-color flag version has been popular since 1979. Indigo and turquoise were changed to royal blue. The rainbow flag is a symbol of LGBTQ+ pride and social movements, originally envisioned by Gilbert Baker. In 1974, Gilbert Baker met Harvey Milk, an influential gay leader, who three years later challenged Baker to come up with a symbol of pride for the gay community. The original gay pride flag flew at the San Francisco Gay Freedom Day Parade celebration on June 25, 1978. 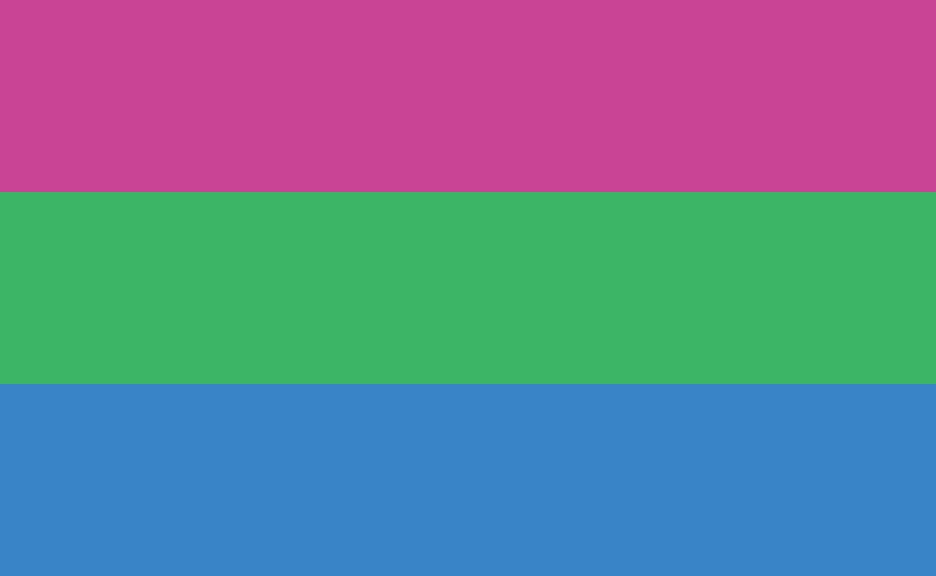 The colors and design of the polysexual flag are based on the pansexual and bisexual pride flags, borrowing the pink and blue, and replacing the yellow and purple stripes with a green one. Polysexuality is a self-identifying term that is somewhat amorphous, as there is a wide variety of different people who use the term to describe themselves. Polysexual identity is related to gender identity and is used by some people who identify outside the binarist gender spectrum. People who refer to themselves as polysexual may be attracted to third gender people, two-spirit people, genderqueer people, or people who are intersex. However, polysexuality does not have to be the exclusive attraction towards non-binary genders or sexes, though it can be. People who identify as polysexual may still be attracted to one or both binary genders or sexes. 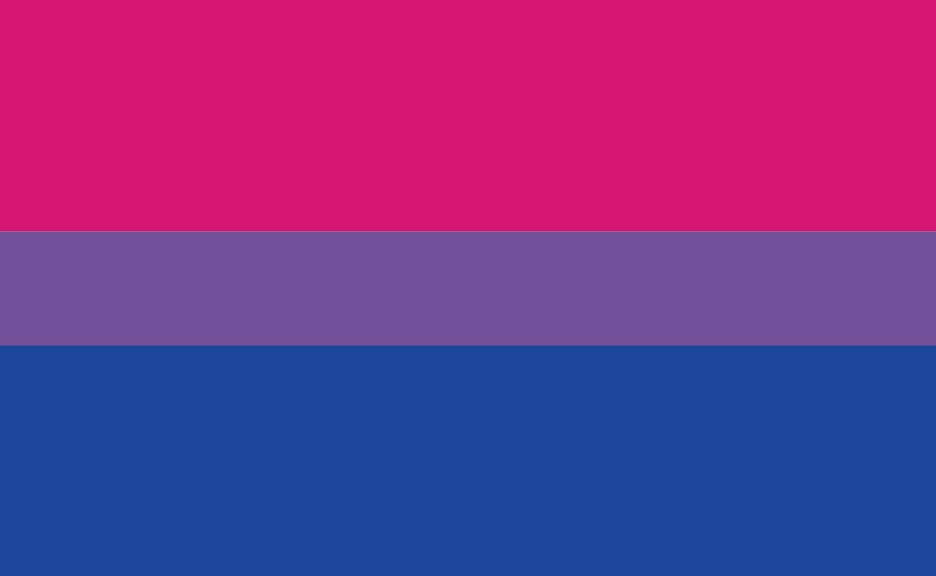 The bisexual pride flag was designed by Michael Page in 1998 in order to give the bisexual community its own symbol comparable to the gay pride flag of the larger LGBT community. His aim was to increase the visibility of bisexuals, both among society as a whole and within the LGBT community. 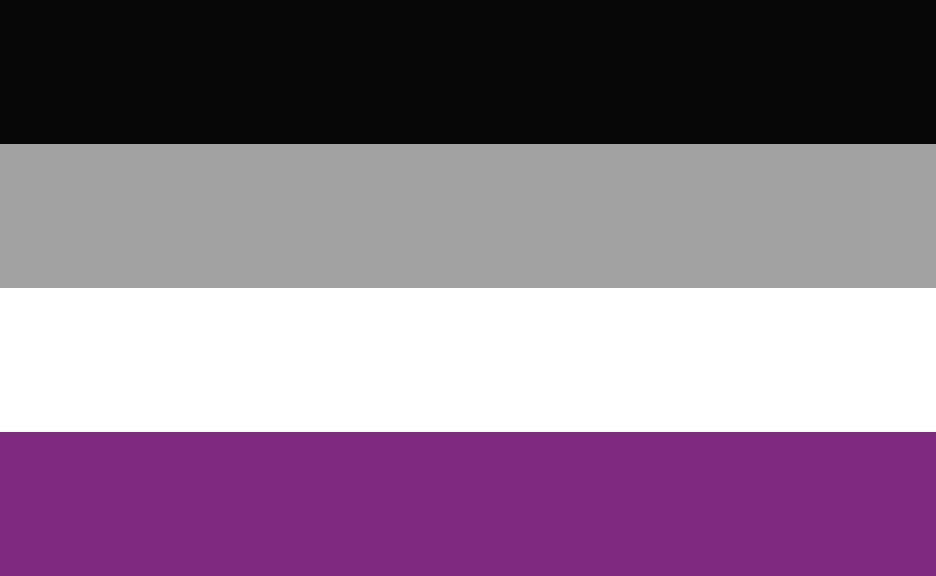 The asexual pride flag consists of four horizontal stripes: black, grey, white, and purple from top to bottom.  The black stripe represents asexuality, the grey stripe representing the grey-area between sexual and asexual, the white stripe sexuality, and the purple stripe community. Similar but different to the Asexual Pride Flag, the Demisexual Pride Flag was created to specifically represent those with “a sexual orientation in which someone feels sexual attraction only to people with whom they have an emotional bond,” according to The Demisexuality Resource Center. 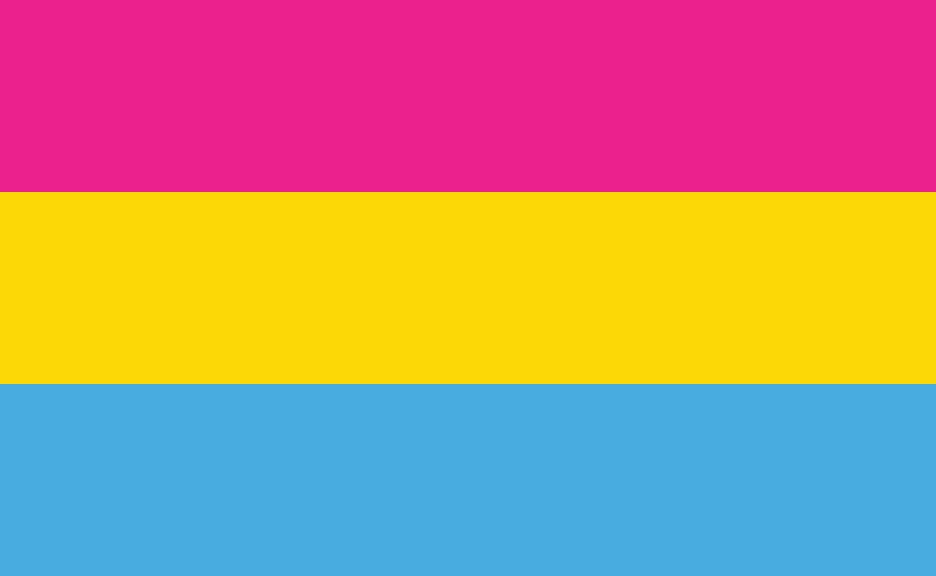 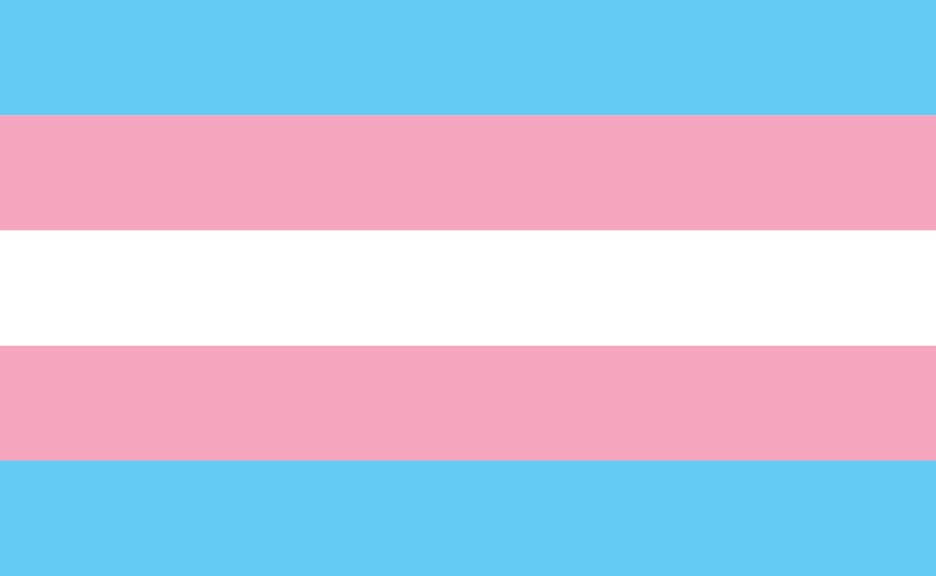 The Transgender Pride Flag was created by American trans woman Monica Helms in 1999, and was first shown at a pride parade in Phoenix, Arizona, United States in 2000. According to its creator, “The stripes at the top and bottom are light blue, the traditional color for baby boys. The stripes next to them are pink, the traditional color for baby girls. The stripe in the middle is white, for those who are intersex, transitioning or consider themselves having a neutral or undefined gender. The pattern is such that no matter which way you fly it, it is always correct, signifying us finding correctness in our lives.” 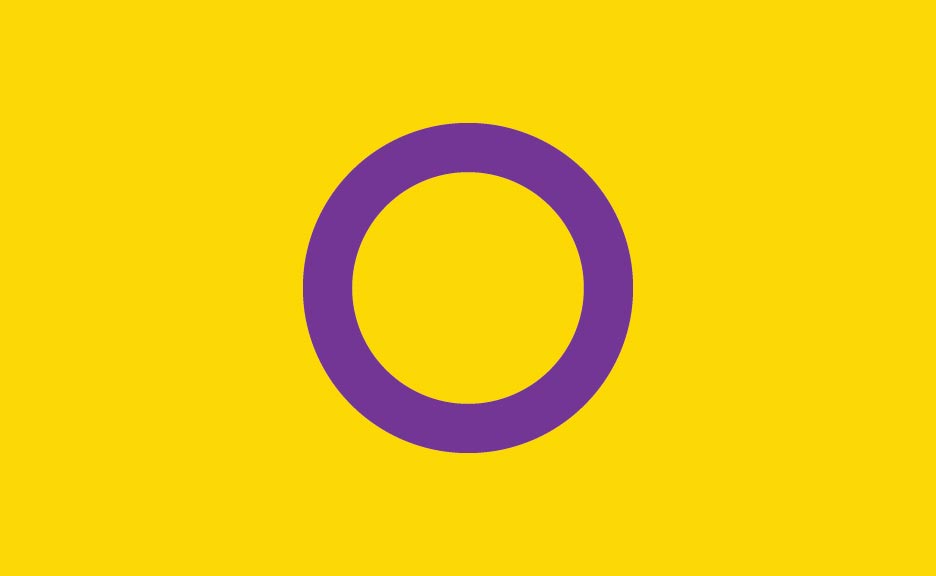 The Intersex flag was created in July 2013 by Intersex Human Rights Australia (then known as Organisation Intersex International Australia) to create a flag “that is not derivative, but is yet firmly grounded in meaning”. The circle is described as “unbroken and unornamented, symbolizing wholeness and completeness, and our potentialities. We are still fighting for bodily autonomy and genital integrity, and this symbolizes the right to be who and how we want to be.” 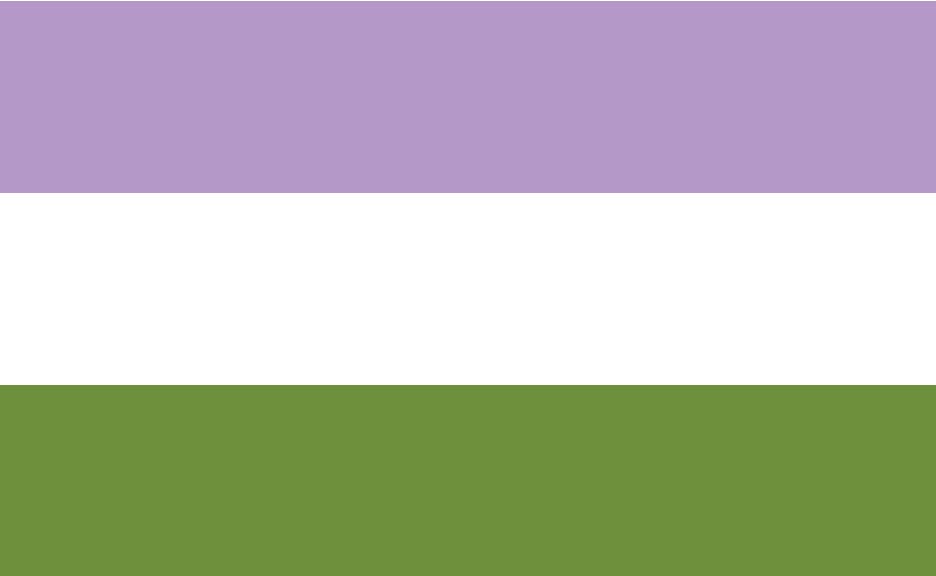 The Genderqueer flag was designed by Marilyn Roxie with input from the readers of Genderqueer Identities in June 2011. Lavender represents androgyny or simply queerness, white represents agender identity, and green represents those whose identities which are defined outside the binary. 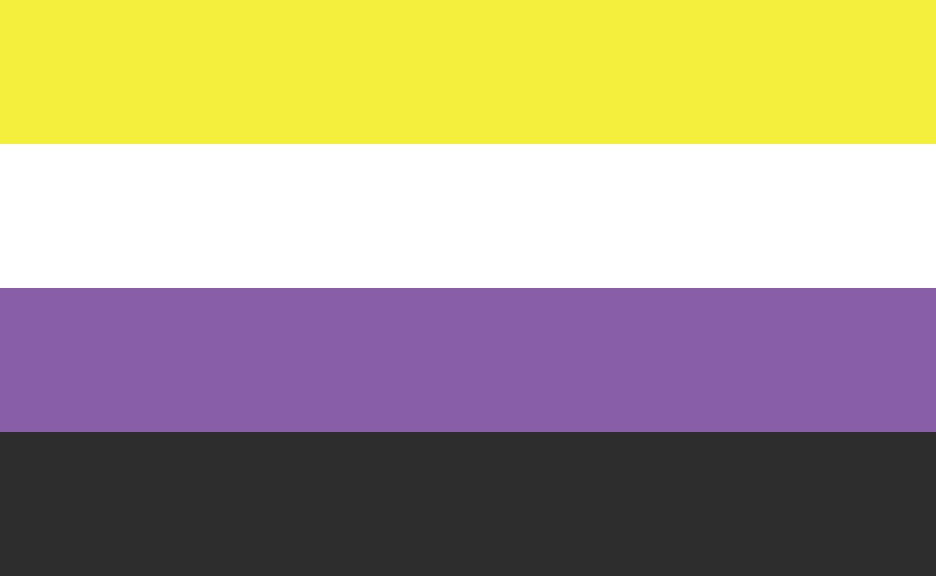 Kye Rowan designed the nonbinary flag in 2014, shown at right. This flag was intended to go alongside Marilyn Roxie’s genderqueer flag rather than replace it. The flag consists of four stripes. Yellow represents those whose gender exists outside of and without reference to the binary, as yellow is often used to distinguish something as its own. White represents those who have many or all genders, as white is the photological presence of color and/or light. The purple stripe represents those who feel their gender is between or a mix of female and male, as purple is the mix of traditional boy and girl colors. The purple could also be seen as representing the fluidity and uniqueness of nonbinary people. The final black stripe represents those who feel they are without gender, as black is the photological absence of color and/or light.” The nonbinary flag and the genderqueer flag are both options for nonbinary people to use to symbolize themselves and take different approaches to how to symbolize nonbinary genders. The Lesbian Pride Flag, featuring seven different shades of pink, white and red, is flown as the official lesbian flag. Sometimes it features the addition of a lipstick mark in one corner and is flown to celebrate the subculture of Lipstick Lesbian, members of which stick to a ‘feminine’ image rather than taking a ‘butch’ one. This design is one of several other designs. 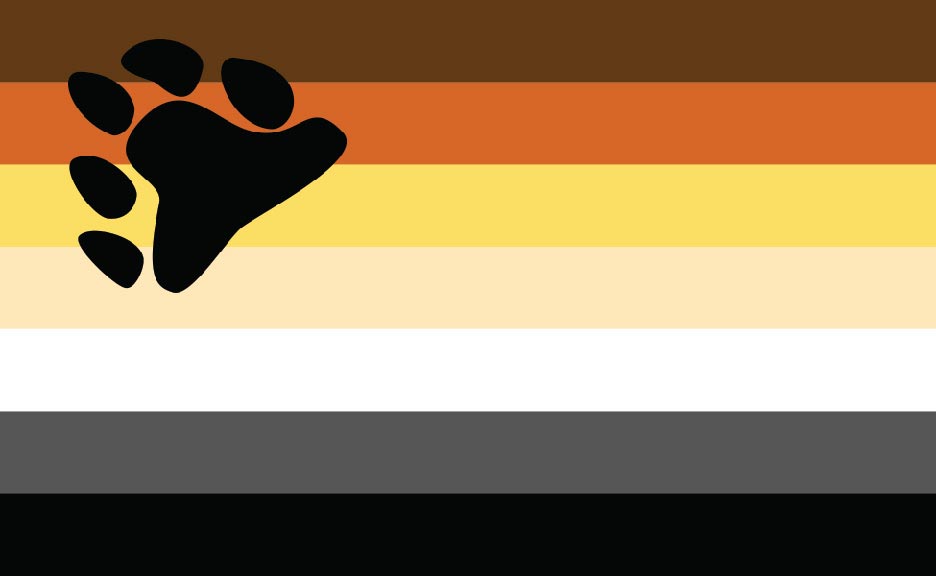 The International Bear Brotherhood Flag was designed to represent the bear subculture within the LGBT community. Craig Byrnes created the Bear pride flag in 1995. The colors of the flag are meant to include the colors of the furs of animal bears throughout the world, not necessarily referring to human skin and hair color tones: Dark brown, orange/rust, golden yellow, tan, white, gray, and black. The flag was designed with inclusion in mind. The gay bear culture celebrates secondary sex characteristics such as growth of body hair and facial hair, which is typically considered a “bear” trait.